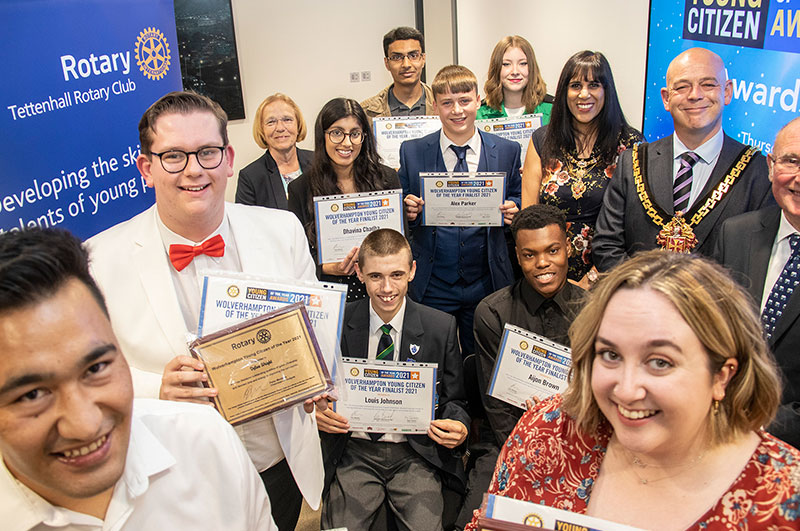 The 2020 Awards had to be cancelled because of the pandemic. However, in 2021, there was a major change where the age limit for nominees has been extended to 25. There were awards for those aged 13-18 and 19-25.

After such a terrible year, many young people deserved the recognition for their service to others.

Nominations were be made by family members, friends, teachers, youth leaders and other professionals, employers or anyone who has recognised the achievements of the young person in question.

The awards went to young people between the ages of 13 and 18 and between 19 and 25 who live, study or work within the Wolverhampton boundary.

This award is dedicated to Tom Warren, the city and the movement he served with distinction.

Tom was a Wolverhampton Rotarian and served as Director of Education for 25 years. He retired from that post in 1945, to become only the second Briton ever to lead Rotary International throughout the world. In doing so he became one of a small group of Rotarians involved in the groundwork which lead to the formation of the United Nations.

Devised and organised by the Rotary Clubs of:

And with support from the following patrons: 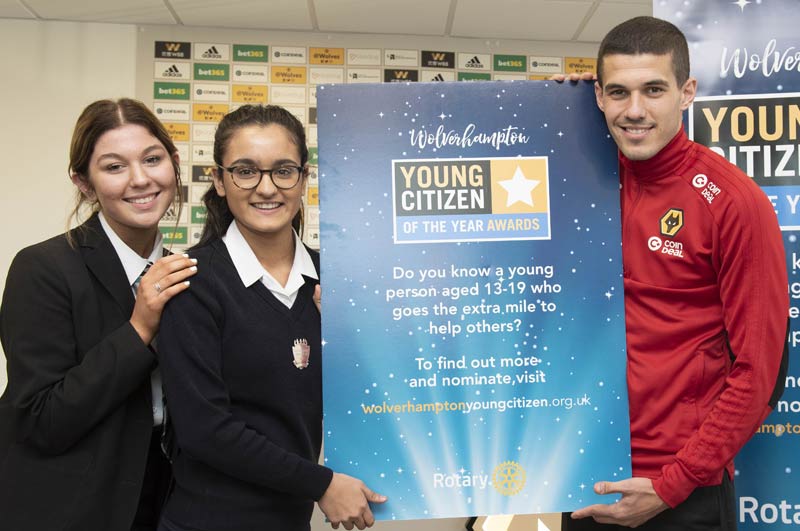 
* The selection process has been delayed and so interviews and the awards ceremony have been postponed until September.

Find out some more information about how to apply and hear from our previous winners.

Against all the odds with the pandemic running much of our lives Rotary revived their “Young Citizen of the Year” this year after a one year break. An early decision was made to extend the scope from 13-19 age range to 13-25 and to divide the entries into two groups 13-18 and 18-25. This resulted in a total of 44 entries being received from young people who live, work or are in full time education in The City of Wolverhampton.

A sifting process reduced the 44 entries to 9 with five being considered for the lower age group award and 4 for the upper age group.   These 9 entries were considered by a panel of 5 judges and the winners were presented with their awards at a Presentation Ceremony in the Wolverhampton Mayoral Suite early in September. Chairman of the Judges, Peter Madeley, introduced all nine nominees and outlined what they had done to be considered for the award.

The winner in the lower age group was Dylan Wright of Pendeford who has a flair for performing and has raised funds for Compton Hospice and helps out in a Barnardos Charity Shop and during lockdown produced videos for his school to commemorate “Captain Sir Tom”. In addition during lockdown he moved in with his grandmother to care for her including cooking gourmet meals.

The Upper age group was much harder and the judges were unable to separate two nominees so it was decided to make two awards.   Lucy Palin delayed qualifying for a degree in order to promote “Project GIVE” a charity which she formed in 2018 to promote awareness of what some consider to be the Taboo subject of female health issues. She sources funding for female sanitary products and distributes them around Wolverhampton and the Black Country. She also conducts education sessions via social media. During the pandemic alone she estimates that she has assisted 10000 young people.

The second award in the Upper Age group went to Parwiz Karimi. Parwiz came to UK early in 2012 from Afghanistan to join his parents and escape the troubles there, unable to speak a word of English. By 2015 he had recognised a gap between Afgham communities and the rest of UK Society. He founded The Afghan Youth Association, based in Wolverhampton and it has raised funds to pay for the education of young Afghan women to enable them to go to University. He obtained an engineering degree from Leeds University and is just starting a “Masters” at Warwick.   He has joined the British Army as a reservist as a way of trying to give back to the country which has given him an opportunity he would not have had back in Afghanistan.

In summing up the evening The Mayor of Wolverhampton, Councillor Greg Brackenridge, congratulated all nominees saying that they were all winners having firstly been nominated by a peer and then having graduated to the final group and wished them continued success in whatever they chose to do in life.

Nominations for 2021 are now closed.

Thank you to everyone who took the time to nominate. All finalists were informed before 18 June 2021, and interviews will took place on 24th June 2021.